A problem as ancient as cooking itself, unwanted odors have been around since the first kitchens, leading to a long history filled with thousands of remedies – some successful, while others, not so much.

Let’s take a look at eight proven methods for combating these odors – not taking anything away from the hundreds of other odor removal ideas, but these are our favorite, and we like the results. 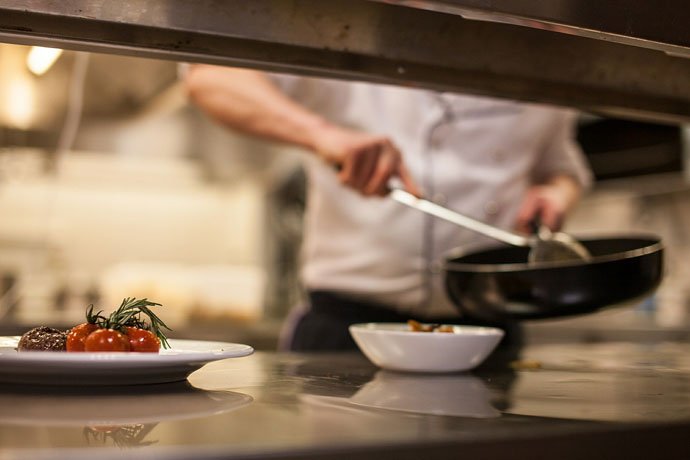 Before we begin, shall we agree that “odors” are airborne? Airborne is the way pesky smells battle their way into your nostrils. By the time your senses are assaulted by these odors, they are lingering around your kitchen in the form of particles and gases.

Now that we have that out of the way let’s identify the sources and causes of these odors and the mediums where they are formed.

Many Odors Are Caused by Bacteria

Coming as no surprise, the multiplying, waste production, and death cycle of bacteria plays a huge role in producing terrible smells. This is true for most odors people refer to, including body odor, breath, spoiled food products, and more.

These bacteria (and sometimes harmful viruses or other organisms) breed and spread across surfaces in your kitchen – namely the sink bowl, trash can, microwave, refrigerator, countertops, stove, trash compactor, and garbage disposal – essentially everything involved in running a successful kitchen for your family.

Our solution consists of two essential parts – addressing the odors at the source, and using an air purifier to eliminate or lessen the scents that have taken flight. First, we’ll talk about neutralizing odors by sanitizing your kitchen space.

Oil buildup on kitchen surfaces not only attracts disease-spreading but also serves as a breeding ground for a host of unfriendly bacteria. A simple wipe-down with a sponge and soap once in a while might not be enough.

Give a thorough look at not only the stovetop but also windows, ceilings, and exhaust fans where evaporated oil may have migrated to. Various cleaning agents are available to address this problem, as well as natural solutions, depending on your preference. The vital thing to note is that the grease must go.

Attend to the Sink (Surfaces)

Leaving your unwashed dishes on the kitchen counter for a period of time will result in a predictable medley of less than pleasant smells. So, it makes sense to wash them. Ironically, the way you wash your dishes, and the care and attention you give to the sink afterward, matters more. 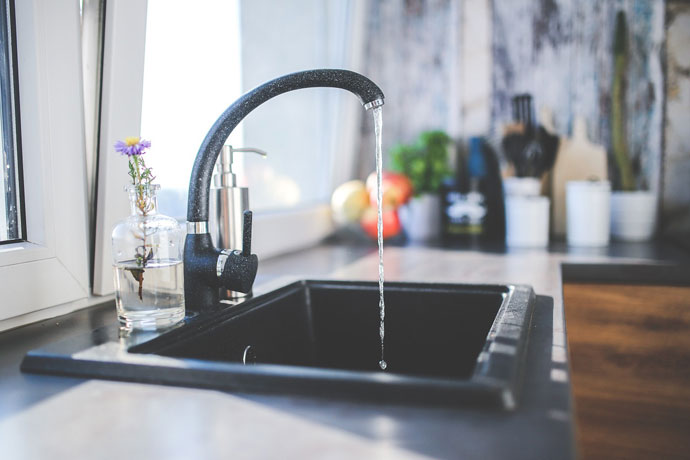 Immediately after cooking, try soaking your dishes in warm-to-hot water with antibacterial dish soap. This will help prevent remaining food scraps from attaching to the sink’s surface, or worse, sticking to the pipes on their way down. Once the dishes have been washed, clean the rubber gasket thoroughly, and consider pouring a small amount of baking soda (with warm water) down the drain.

The Usual Suspect – Trash Can (Surfaces)

The first culprit to get blamed for pesky odors in the kitchen is usually the trash can. Replacing the garbage bag inside the can each time it gets full is hardly enough to prevent unwanted smells.

With heat, and sometimes humidity, comes the ability of bacteria and viruses to latch themselves onto surfaces – this includes the can itself. If there’s an odor in your kitchen giving you a run for your money, remove the bag and wipe off any debris you can detect on the inside of the can with a damp paper towel. Once the big particles are gone, repeat the process with a disinfectant spray.

Now that your surfaces are clean, here’s how to fix odors that have gone airborne:

Air purifiers are effective at capturing up to 99.97% of microscopic particles, which are often the cause of your kitchen’s bad smells. Some air purifiers use carbon-fiber mats, cartridges filled with carbon granules, or even plasma clusters (from positive and negative ions) to obliterate the presence of bacteria, viruses, odors, and chemical vapors around your kitchen.

These machines are also incredible at combating cooking smoke in your kitchen. Air purifiers come in many shapes, sizes, configurations, and available options suiting almost any budget, but what they have in common is the ability to tackle airborne contaminants.