Most people like to eat chicken meat. In fact, chicken is not the only animal that is edible because you may also eat rabbit. Rabbit is an animal that likes to eat carrots and vegetables. This animal belongs to herbivore family. So, Rabbit meat is eatable and it is also delicious. What Does Rabbit Taste Like? Somehow, you really want to know the taste of rabbit meat. Does rabbit taste like chicken? For those who have never tried rabbit before, they may feel disgusted to eat this animal. When you try it once, you may want more. Let us talk about rabbit meat and find out what does rabbit meat taste like.

You really want to know the taste of rabbit meat because you have never eaten it before. Anyway, according to some people who have tried before, they say that rabbit meat is really delicious and it does not have a too strong of a taste like a lamb or beef. In this case, rabbit meat may resemble chicken meat. But, rabbit meat even has a softer texture than the chicken meat. 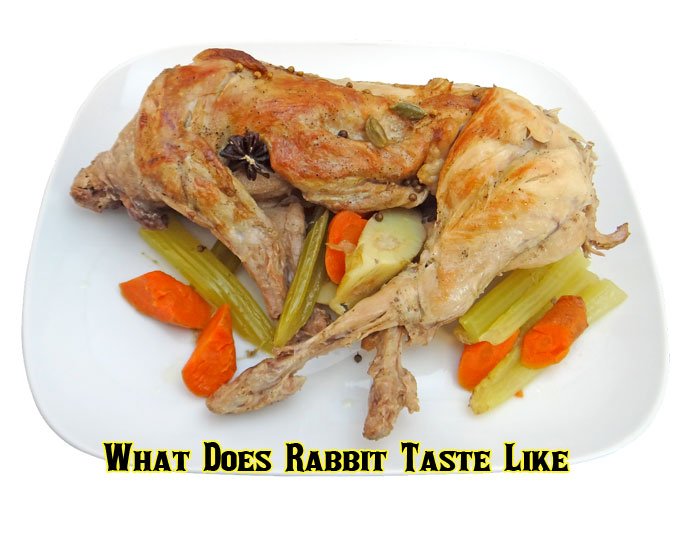 In addition, you can also cook rabbit meat in various menus according to your taste. Rabbit meat is also not like beef or lamb. Beef or lamb tends to have a harder texture, so you have to cook it a bit longer than cooking rabbit. Meanwhile, since the rabbit has a soft texture, you can cook rabbit meat faster.

Well, there are actually so many other rabbit recipes that you can try to cook at home. Somehow, each country has its own rabbit dishes or menus with special recipes. For the simplest recipe, you may try to cook rabbit soup or fried rabbit. It is all your choice to cook rabbit meat according to your taste.

Perhaps, you are bored with chicken dishes and want to try something new, but still delicious. Of course, rabbit meat can be the alternative that you can actually cook in your own way. But before cooking or eating for the first time, you should know what does rabbit taste like? As it is mentioned, rabbit meat is almost similar to chicken, but it is softer and even tastes more delicious. If you are willing to try to cook rabbit meat, then you may consider these following tips to cook it.

When you cook rabbit meat in various recipes, you actually do not need to throw away the bones. Rabbit bones can help keep the moisture of the meat. Since the rabbit bone is relatively small, so you must keep the bones when you cook it. In addition, rabbit bones can also add more taste, so it will be more delicious as if you are eating chicken.

You can try to cook rabbit meat in a pan; then you can pour some wine or vinegar. Next, you can switch on the stove with a small fire for at least one hour. This way can make the rabbit meat keep moist, and it can also soften the texture. You must not cook it with a big fire because it can make it overcooked.

When you cook rabbit meat, you also need to check the temperature. The temperature has to be 70-80 degree Celsius during the cooking process. With this temperature, the meat of the rabbit will be soft, and you can also easily separate the flesh from the bones. Moreover, it is important so that the rabbit meat will not taste like rubber.

In addition to the temperature, you also must pay attention to the cookware that you use to cook rabbit meat. You have to use the best cookware products that have a non-stick feature so that it will not stick after cooking it. In this case, we would like to recommend to you non-stick aluminum cookware, carbon steel, ceramic cookware, and copper cookware. Somehow, you must not use cookware that contains Teflon, PTFE, and PFOA because it is dangerous for health.

In conclusion, what does rabbit taste like? Actually, you can distinguish between rabbit meat and chicken meat. But, most of the people say that rabbit meat tastes like chicken. In fact, rabbit meat is softer than chicken, and you can also cook it as easy as cooking chicken with the same recipes. Somehow, the delicacy of rabbit meat is not only coming from the condiment itself, but it also depends on the stove control, the cookware used, and the temperature. It seems that you can learn how to cook a rabbit from the internet, but make sure you use the best cookware products to produce delicious results as you expect.